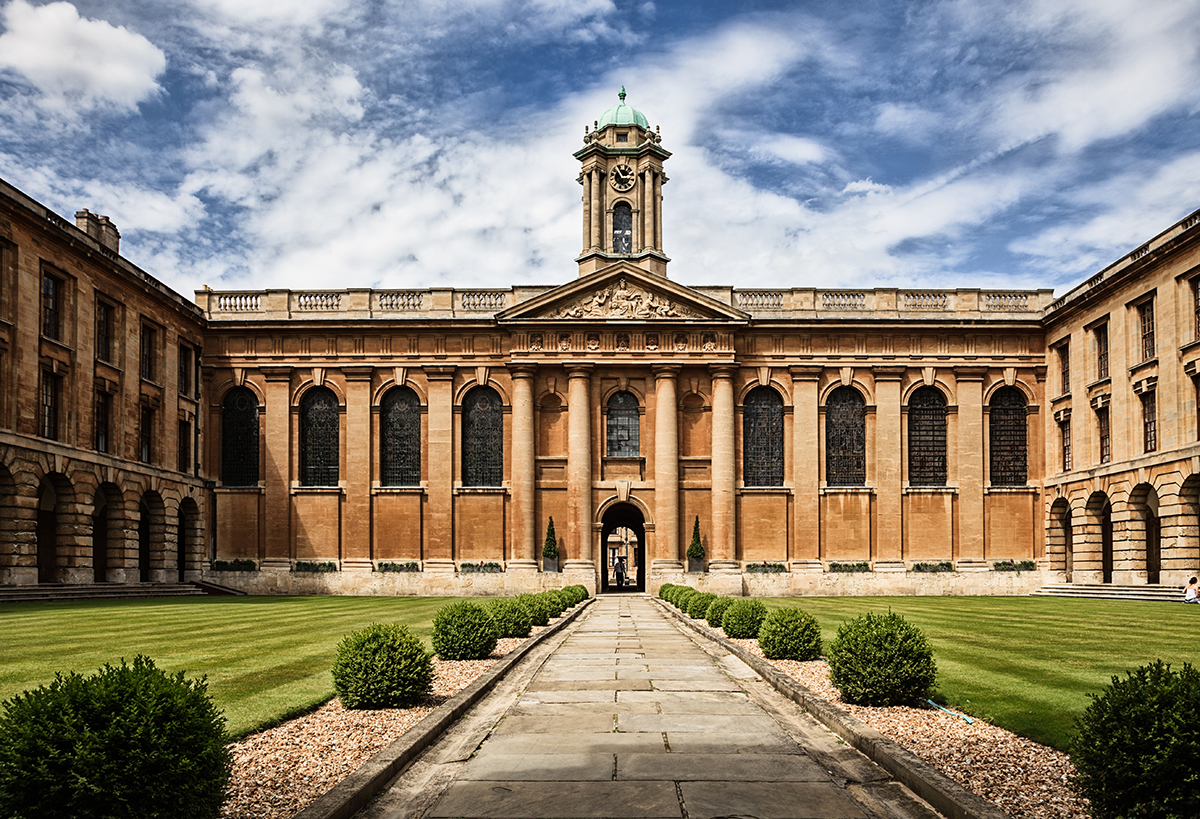 Oxford University: one of the world’s most prestigious educational institutions, and the next stop on our tour around the globe.* If you close your eyes and inhale deeply, you might be able to imagine the culture of academia surrounding you—freshly sharpened pencils, lots of coffee, and rooms that have housed minds eager to learn for hundreds of years. This is the setting I feel most connects with Jesus’ historic conversation with Nicodemus. (And the argument between John the Baptist’s disciples and a certain Jewish fellow would fit right in, as well.)

Scripture writing: my favorite passage to copy using The Message was verses 35-36. There’s such a stunning contrast between God’s love and God’s wrath:

The Father loves the Son extravagantly. He turned everything over to Him so He could give it away—a lavish distribution of gifts. That is why whoever accepts and trusts the Son gets in on everything, life complete and forever! And that is also why the person who avoids and distrusts the Son is in the dark and doesn’t see life. All he experiences of God is darkness, and an angry darkness at that.

Studying: the most convicting thing I learned through my personal study was actually a quote about the second half of the chapter. Gordon MacDonald, a pastor who shares my love of John the Baptist, says,

Those who have instigated this conversation apparently believe that John will be rattled when he hears that his life as a crowd gatherer is over. But, in fact, he was anything but rattled. He seems, rather, to have been delighted… I hear him saying, “They were never, ever mine.” Called people never assume ownership of their work or the people of that work… When Christ came to compel the crowds, John was only too glad to hand them off and get out of the way… To see the crowd headed toward Christ was all the affirmation John needed.

Man, I wish this could be said of me, especially the last statement! Turns out I think I need a lot more affirmation than John did. The good news is that the same Holy Spirit who empowered him is alive and active in me, and He’s more bent on my transformation than I am.

Commentaries: Matthew Henry’s concept of holiness leading to happiness (and conversely, an inability for the lost to be happy even in heaven) especially struck me:

Regeneration is absolutely necessary to our happiness here and hereafter. Considering what we are by nature, how corrupt and sinful,—what God is, in whom alone we can be happy,—and what heaven is, to which the perfection of our happiness is reserved,—it will appear, in the nature of the thing, that we must be born again, because it is impossible that we should be happy if we be not holy… Those that will neither be taught nor ruled by Christ… cannot be happy in this world, nor that to come.

Apparently heaven would be hell to someone in rebellion against God. Mind blown.

Carson’s note on verse 3 was very much appreciated, and it prompted a reprioritizing in my approach to Bible study:

Nicodemus, like other Jews, wants to set up criteria by which to assess who Jesus is. Jesus rejects the priority of Nicodemus, and radically questions his qualification for sorting out ‘heavenly things’… If there is any possibility at all that Jesus is the promised Messiah, it would be more fitting for Nicodemus to ask himself if he is ready for Him, rather than to ask if a proper claimant has arrived on the scene.

I need to be less prone to see what I can learn about Jesus and more prone to prepare myself to meet with Him.

Sermons: Two statements by Mark Driscoll tie for my favorite, so I’ll share them both. “While Nicodemus is trying to figure out how to ascend to God, he misses that God has descended to him.” Dang! Any other recovering Pharisees feeling sore toes? Only the gospel can provide such comfort and challenge in one fell swoop. And then there was this gem: “For Christians, this life is as close to hell as you’ll ever get.” (Followed swiftly by the sobering reality that for those who reject Jesus, “This life is as close to heaven as you’ll ever get.”)

In the spirit of full disclosure, I hit a rough patch with John MacArthur over the course of chapter three. His recent treatment of Beth Moore (whom I respect very much) left a bitter taste in my mouth. But the lure of free, solid teaching, mixed with an aversion to not finishing, brought me back. So I somewhat begrudgingly continued under his tutelage and was rewarded with some beautiful truths. For instance, in speaking of God’s call to salvation, he said,

No one has ever been saved against his will—part of God’s calling includes the melting of a heart toward Him… God’s life activates our will—we come in response to Christ’s call not weeping but with great joy.

How gracious is God to not only call us but to enable us to enjoy being called? He could have chosen to not take our emotions into account, but He’s much too kind a Father for that.**

Journaling: as I prayed through my pen over verses 19-21, one of my biggest aha moments was how Jesus has fundamentally shifted my response to light. While I used to see it as a threat (like a murderer would when a searchlight nears his hiding spot), because of the work of Christ, it’s become a source of life, hope, and joy (as that same searchlight would be to a survivor lost in the wilderness). “As a child of light, I no longer have to shrink from it. It’s here to set me free, not to put me in chains.”

Meditation: John 3:30 fascinates me, so it was one of the two verses I chose to chew on more intentionally. According to The Voice, it says,

He, the groom, must take center stage; and I, the best man, must step to His side.

And then it hit me: In stepping out of Jesus’ spotlight, we actually move ‘to His side,’ closer to His heart. That side was pierced for us—Thomas was urged to see truth there after the resurrection. Jesus’ side is a safe place for His people, a home far truer and better than any stage could be.

That’s it for our time here at Oxford, ladies and gentlemen. Finish your coffee, and let’s head out—there are even greater things ahead!

*Following the study schedule right along, my binder is beginning to thicken up a bit with doodles, prayers, and tons of background information on the text. This summary is just the condensed version, the highlights of each approach—you can find my full binder notes for John 3 here.

**If you’re struggling with MacArthur, too, you might consider switching over to Tim Keller’s series through the gospel of John. I definitely would if it didn’t cost so much.