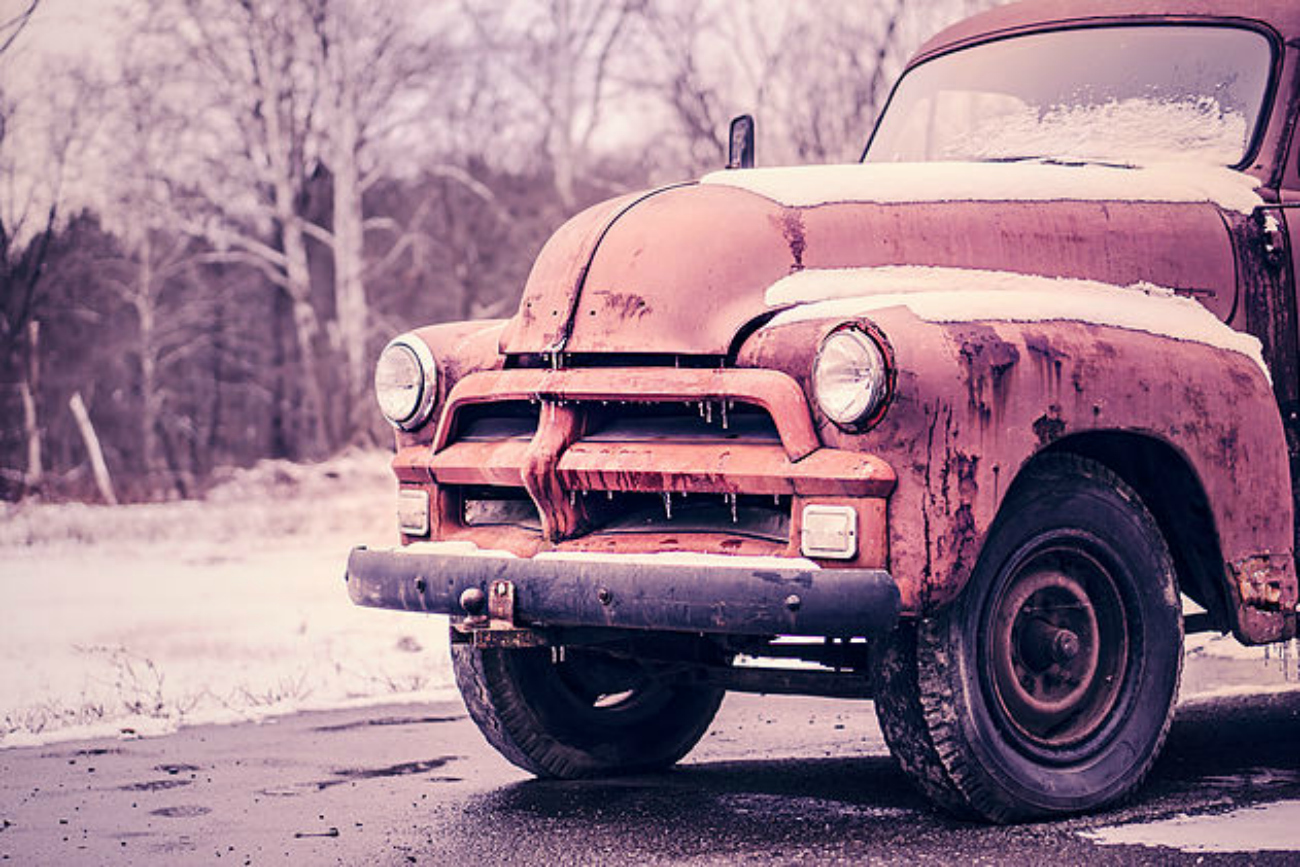 Hoopty (HOOP tee) (n.): an expression in southern Oklahoma for an old truck that is either broken down or on its way out.

Some days I feel like a million bucks, ready to go out and tackle the world with my sassy pants on. And then there are the hoopty days: times I relate a lot more to Cinderella’s before shot than her after shot. It might be the weather, long months of cold grey clouds and not much sun. It might be the fact that I have cleaned my house pretty much all day and feel like a large sweaty German woman.

Family tension, friendship spats, spiritual dry spells, long seasons of waiting—all of these can wear on the female heart, skewing her self-image (and you know the enemy loves to play with our minds in this area). Combine that with the picture-perfect world of Facebook, Twitter, and Instagram, where everything is filtered and posed and manipulated, and you’ve got a recipe for disaster. We simultaneously think that we are more of a mess than we really are and that everyone else has it more together than they really do. Cue hoopty disorder.

When Riley and I first started dating, I drove down to his hometown of Chickasha (Chick-uh-shay). Think fields and tractors and Farmer John. We’re now on the same page. So we go for a spin, because there’s not much else to do, and we pass a field with an old clunker truck in it. Riley remarked that he loved old hoopties. As a girl from Tulsa, I raised an eyebrow and promptly received an explanation.

Hoopties, the broken down old geezer trucks that they are, have years’ worth of adventures behind them: they could have been driven across America for vacations, taken families to weddings and hospitals and celebrations, used on the farm season after season to help build a livelihood. But the past is only half of the intrigue they hold. If the right person comes along with the right know-how, funding, and equipment, a restoration can take place, giving that truck pizzazz it never possessed before. And come on, restored old trucks are way cooler than new trucks anyway.

This is the business Jesus is in: taking old things with a history of their own, breaking them down, and bringing something completely new out of them. Sure, it’s probably not super fun for the hoopty to go through the restoration process; I imagine there’s a lot of scraping, cutting, replacing, and general discomfort before the big reveal. But the alternative is just being left in a field somewhere, rusting out and being an eyesore, living only on memories of the good old days, being of no use to anyone. Contrast that with the wind whipping past a sparkling paint job, feeling full of new life and bubbling with energy as the highway rolls on. Jesus could have chosen to use people without a past, saving them at birth and never letting them experience life apart from Him. But come on, restored lives are way more impressive than lives that were never afforded an opportunity to show their need for a Savior. He saw you, He chose you, and He has an incredible plan for the finished product: His glory and your good.

This culture doesn’t get to define who you are, how much worth you have. All of the airbrushed pictures shoved in your face day after day have nothing to say about your identity; only the One who died to purchase you—unedited, undesirable parts you would never post to Facebook included—has that right. He picked you. Nothing else can give you value like that. No amount of gym time or makeup or good behavior can replace a broken soul that has been made whole. I know that it can be draining, feeling like a hoopty. The fastest way to beat that fear and shame down is to remember the One who called me, who still calls me. And then do the next healthy thing, whether that’s a spiritual, physical, or emotional action.

The next time you feel like Mater from Cars, with so much work to be done on your inside (and maybe even on your outside) you don’t know where to begin, take a breath and ask Jesus to do with you what He wants. All you need to do is allow Him the freedom to buff you out, strip off the pieces that aren’t helpful, replace the old parts with new ones, and cover you with a shiny coat. He knows what He’s doing, and there’s a reason He called you out from the field: “to make all things new,” to “give you a future and a hope,” to make you “a new creation.” Sassy pants and all.

One thought on “For the Days You Feel Like a Hoopty”